Do You Use A Bidet After Peeing? See What Most People Do

Most people are bewildered when they are newcomers to the world of bidets. They have a lot of questions that look simple, but it is hard to find somebody to tell them the answer. I guess you may be one of them. A common question that people often ask me is, “do you use a bidet after peeing?” 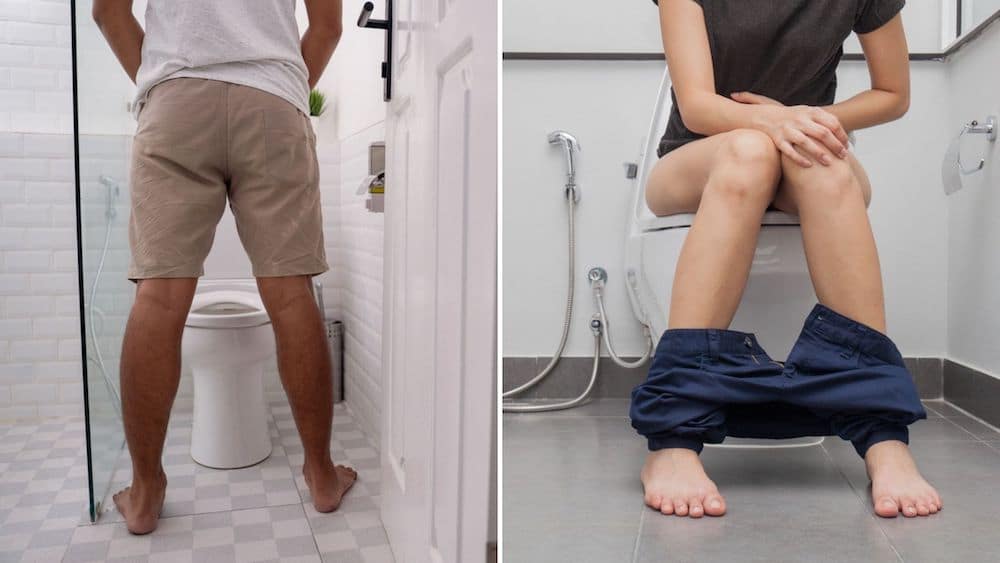 Yes, most women will use a bidet after peeing, and some men also use it if they are at home.

Using a bidet after peeing is not against any bidet etiquette, and you should feel free to do it.

Do women use a bidet after peeing?

Most people who have a bidet will use it after defecating. But when it comes to urinating, they get confused.

Like most women like to wipe their vulva after peeing, they will use a bidet after peeing. It will wash away the remaining urine and help to prevent odors and possible infections.

Many bidets come with a feminine wash function that can aim at the lazy bits to not bring any bacteria from the back to the front.

How to use a bidet after peeing for a woman?

The method to clean your vulva after peeing vary according to bidet types. If you have an electric bidet seat,  choose the feminine wash mode, and the bidet will do all the work for you. If you don’t want to use the air dryer embedded, you should take some squares of toilet paper to dab it dry.

If you are using a bidet attachment or non-electric bidet seat, you should choose to use the feminine nozzles. If it is available, you will need to wiggle around on the seat or stand up a bit to let the curved water stream hit your vulva. Then let the toilet paper or bidet towel dry you off.

For those who use a handheld bidet (also known as bidet sprayer, hose bidet, bidet shower, and so on) or a portable bidet, you need to remain seated and put the bidet into the bowl in front of you. Ensure the water pressure is not too high to damage your sensitive area.

If you find it is hard to operate, you can stand up a bit to make the spray touch the vulva easier. Again, the last step is to dry you off with a bidet towel or some TP.

For those who need to use a standalone bidet, you need to straddle the bidet facing the controls and let the water clean your lazy bits front to back.

Do men use a bidet after peeing?

I know many men choose to shake off any drips after urinating, especially when using a public bathroom. But some choose to use one or two sheets of TP to dab it dry.

Regarding using a bidet, almost every man will use it after pooping, but many don’t use it after peeing. As they are used to shaking off the drips, they don’t think it is necessary to rinse it off with water even though there is a bidet nearby.

But there is nothing wrong with using a bidet after peeing for men. Some men will wash their penis in the sink after peeing at home. When you get a bidet, you could let the bidet do it for you, and more and more men already did it. It would not only wash away the extra urine but leave you cleaner underwear.

How to use a bidet after peeing for a man?

There are some differences between men and women regarding using a bidet after peeing. This is mainly due to the physiological differences.

When using a bidet seat or a bidet attachment, instead of sitting straight as a girl does, a man needs to lean over and pull the penis down to let the water stream hit the right place.

It will take some trial and error, but I am sure you can get the hang of it in a short time.

If you have a bidet sprayer or a travel bidet, things can get easier somewhat. You can put the bidet down the bowl in front of you or on the back if you like and ensure the water stream goes as you want. As you have complete control of the water direction and these two types of bidets are independent of the toilet, you can wash your penis with them in the shower as well.

There is no significant difference between females and males when using a standalone bidet after peeing. Just face this bathroom fixture and straddle the bidet.

Which countries like to use a bidet after peeing?

You can find a handheld bidet in the bathroom of many Muslim countries. In those countries, personal hygiene is crucial for people, and they believe water is much more effective than toilet paper (That is true!)

Therefore they will use the bidet to clean themselves after peeing and pooping.

Some European countries like Italy and Portugal like to use a standalone bidet after urinating. They want to make themselves feel clean and fresh.

It is totally fine to use a bidet after peeing. Even though it is typical for most women, many men also choose to do it, especially when not using a “public bathroom.”

Cleaning the penis regularly is vital for the health of private parts, even though men are not as prone to the UITs as women do.

Women can use the feminine wash to get themselves clean after peeing. However, men may need to lean over or modify the water direction to let the water aim at the proper position.

I have to admit that using a bidet after peeing is harder for males unless they are using a standalone bidet.