Who Invented the Bidet? The Complete History Of Bidet

When you enjoy the luxury experience of today’s bidet seat, have you ever thought about who invented the bidet? Is it something that has existed for a long time or just a new product showing up on the market? 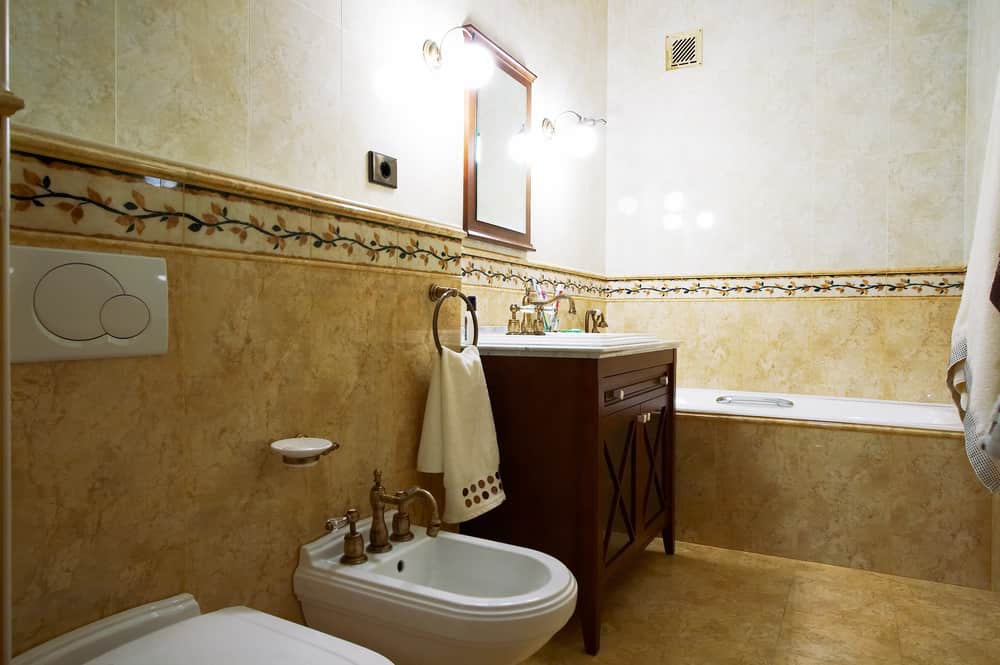 This post will answer all of these historical questions related to a bidet. The bidet has a pretty exciting history, and let’s dive into it now!

In short, we don’t know who invented the original bidet exactly, but the bidet originated in 17th century France.

So how does it turn to be the modern electric bidet seat? Who made a positive contribution to the development of the bidet? More on this below.

Our human beings have a long history of using water to clean themselves. In ancient Greece and Rome, people already used water to remove the dirt and sweat in public baths.

However, people want to clean their butt separately in some cases, such as after they do their business. Filling a bathtub could be a waste of time and money, so using a small water bowl to clean the private parts is a good alternative.

In the 1600s, “bidet” was born in France as specific equipment for cleaning private parts. It is the start of bidet history. It is a piece of furniture in the bedroom or chamber dressing room which looks like a combination of a chair and a basin.

“Bidet” means “small horse” or “pony” in French because when you use it, you have to sit like riding a horse. When you use today’s standalone bidet, you can get the same feeling still.

We can’t find the exact name regarding who invented the bidet in France. Evidence showered that one or a few furniture makers should be the inventor. Maybe Christophe Des Rosiers is one we are looking for. He was the royal family’s furniture maker and has installed a bidet in 1710, but no record showed that he invented it.

Using a bidet is an indulgence for the upper classes and the aristocracy. You could find a lot of fine bidet in that era. For example, Napoleon liked his silver bidet very much. But people still needed to use their hands to wash their vulva and anus. Then bidet becomes a trend in French mistresses who believe it can prevent contraception even though we know it is useless now.

In the 1800s,  bidet moved from the bedroom to the bathroom thanks to the development of plumbing. It is very similar to the modern standalone bidet with a faucet on one end of the small basin. It is only prevalent in the upper classes until after WWII. Then more and more people in European countries start to use this standalone bidet in their washroom.

With the development of plumbing systems worldwide,  another type of bidet appears.  Bidet shower (also known as handheld bidet sprayer) is trendy in countries that regularly use water to clean the anus.

For instance, it is widespread in most Muslim countries and some Catholic countries. Washing with water is an excellent way to clean the body, vital for spiritual cleanliness.

Even though other types of bidets have become more and more popular, you could easily find them in the bathroom of these countries these days.

When we talk about “modern bidet,” it is likely that you will think of the luxury electric bidet seat. How does a small basin with a faucet turn to be this complicated and multifunctional device?  Its history is very interesting.

Even though the Japanese bidet is famous all over the world, the inventor of the modern bidet seat is from the United States.

In 1964, Arnold Cohen invented a bidet seat for his dad. By combining the toilet seat with a nozzle, his father could clean the butt much easier. As an ad man, he tried hard to promote his invention called Sitzbath. However, people didn’t like this topic, making running ads difficult. Americans don’t like to use bidets until recently.

Arnold didn’t succeed at that time, but his invention turned into a big industry a few decades later. He licensed his invention and patent to a Japanese company: TOTO.

TOTO is the leading brand in the world of electric bidet seats, but more and more competitors appear in the market. Brands like Brondell, Luxe, and Kohler provide an array of good bidets too.

Over time, electric bidets embraced many advanced features. The heated seat, self-cleaning wand, deodorizer, dryer are not uncommon in today’s models.  You can expect a luxury experience while using a bidet.

Why don’t Americans use bidets?

Americans didn’t use bidets like people in other places. Due to the puritanical past, Americans don’t like to talk about private parts and body functions. The bidet has been used as a way of birth control and was often related to sex as many mistresses liked it.

American soldiers went to Europe during World War II and often saw bidets in bordellos. Therefore they didn’t want to see them again in their hometown.

In addition, electric bidets are much expensive than a pack of wet wipes upfront. So many Americans will choose the latter.

The excellent news is more Americans have welcomed bidet due to the toilet paper shortage and the increased health awareness.

After showing you the history of the bidet, we assume you already know how a small basin with wooden chair legs turns into the modern electric bidet seats.

We don’t know who invented the bidet exactly, but we know where bidets originate. In the 17 century, a craftsman in France invented it, and in 1964 Arnold Cohen created the first bidet seat.

The first electric bidet seat was the Washlet introduced in 1980, and it turns to be one of the most famous Japanese products.