Does A Bidet Replace Toilet Paper? Entirely or Partially?

Many people decide to get on this bidet bandwagon because bidets are claimed to save toilet paper. So how much toilet paper can it save, and can a bidet replace toilet paper entirely? You can figure it out by reading this post. 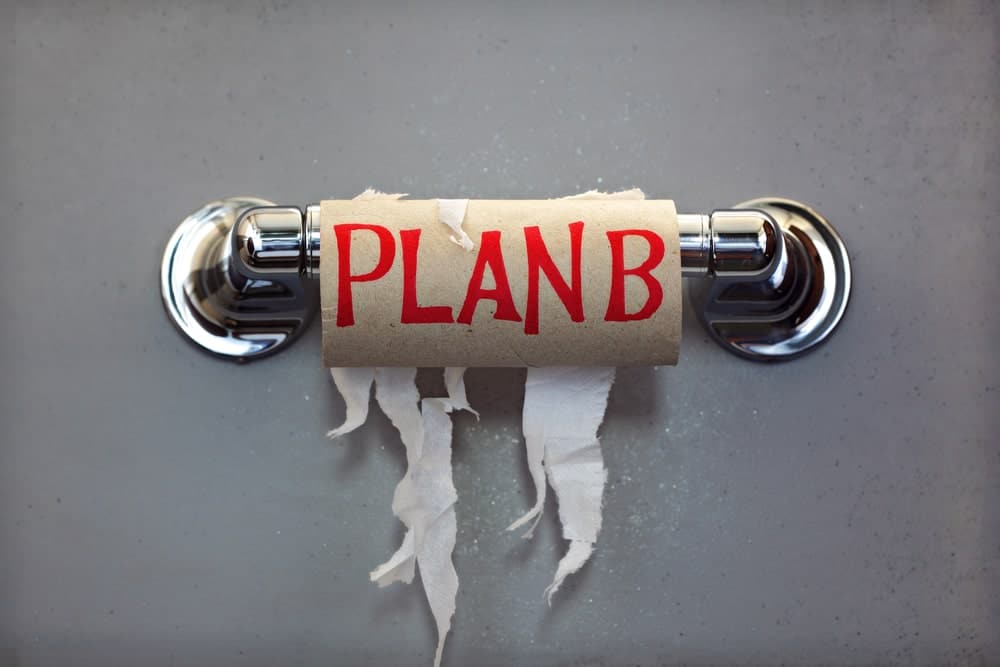 It depends. In most cases, a bidet can’t replace toilet paper entirely because many people still like to use one or two squares of TP for patting dry. But if your bidet has an effective dryer or you don’t mind using a bidet towel to dry off, it is possible to replace toilet paper completely.

Read on to know which type of bidets can save more TP and what you need to do if you really want to ditch toilet paper forever.

Do bidets save toilet paper, and how much do they save?

Yes. Bidets save toilet paper a lot. American uses about 141 rolls of TP on average per year. You can save about 75% on TP using a bidet, which is about 106 rolls per year.

If you live in a 4-person household and share a bidet, your family can save more than 400 rolls of TP per year, which is huge.

More than that, using a bidet is more environment-friendly. Making a roll of TP will require 37 gallons of water and 1.5 pounds of wood.

Some people claim that using a bidet can increase the water bill. Compared to the water used in producing toilet paper, it becomes trivial.

You may wonder why using a bidet can only save 75% on TP instead of 100% replacing it. That’s due to the fact that many users will use some TP for drying off or prewiping. But even if you are one of them, the consumption of TP is vastly decreased still.

Which type of bidets is more likely to replace toilet paper?

As far as replacing toilet paper, the possibility for each category of bidet is not equal. Electric bidet seats are most likely to replace toilet paper, but you will need to use some TP anyway when using a standalone bidet. I will explain why in this section.

If you try to use as little toilet paper as possible, an electric bidet seat or a bidet toilet combo is your best bet.

Electric bidet seats often have different spray modes, allowing them to clean your butt no matter you have a clean bowl movement or not. You don’t have to wipe or prewipe.

The most striking advantage is that this type of bidet has an air dryer that works to dry your butt after each wash.

This feature aims to eliminate the usage of TP. However, many customers complain about the inefficiency of these dryers. They are too weak or too hot to get the job time in a short time.

But if you have a bit more time to wait, you can have a toileting experience without any TP.

The bidet attachment is not powered by electricity, and it doesn’t have any dryer to dry you off. It means you have to airdry your butt if you don’t want to use TP or a bidet towel ( more on this later).

On top of it, you may want to prewipe with some TP when you have a mushy or watery stool. As the attachment makes use of the home water supply directly, the water pressure is usually high and narrow, which could cause a mess.

So you’d better prepare some TP nearby when having a bidet attachment at home.

The handheld bidet sprayer looks simple but effectively cleans your sensitive area like other bidets.

The critical difference between it and the two types I mentioned above is that you have to control the nozzle on your own. But don’t worry. With some trial and error, you can get the hang of it very soon.

Better than attachment, a handheld bidet can deal with any form of the stool as you can change the pressure and direction of the water stream, meaning that you don’t have to prewipe your butt.

However, you still need some TP to dry you off, and a sprayer can get you even wetter if you can hold the sprayer stably. So you may need more TP.

The portable bidet is a great device for travelers. It is similar to using a bidet sprayer except for the connected hose the sprayer has.

As it consists of a small plastic bottle, the water pressure may not be as high as other types. Therefore, prewiping could be a sensible idea to avoid any embarrassment in some cases.

You also need some TP to dry you off, especially when you are on the go.

You can find these elegant and classic bidets while traveling in Europe. A standalone bidet is often located next to the toilet so that you can move from the toilet to it quickly.

As a part of bidet etiquette, you can’t pee or poop in it. It is just like a lower sink with a small drain so the fecal matter can clog it.

Therefore, you will need to wipe your butt before moving to the bidet so that nothing big can go down to the bidet bowl. However, it is still up to how clean your bowel movement is.

Then you need to take some TP or a towel to dab you off. So the whole process may cost even more TP than using a toilet only.

You don’t have to wipe after when using a bidet because the water propping out from the bidet can clean your butt thoroughly.

When you have a clean bowel movement, you will not worry about anything soiled spreading out everywhere.

However, when you have a mushy stool or feel like something sticks to your anus, you may think it is better to wipe off some large particles and clean it a bit before washing it.

While you don’t have to do it when using an electric bidet seat, it often comes with a wider spray to take care of this situation.

But it could be a solution for those who don’t want to or can’t wiggle around or bend over to access the side panel when using a bidet attachment or non-electric bidet seat. As you know, you can’t change the nozzle position or water spray when using these types of bidets.

So, when you don’t have a clean movement, it could be hard for you to replace toilet paper entirely.

Do you have enough time to kill?

The power of bidet lies in the splash of water. Therefore, using a bidet will get you wet.

As I said, you don’t need to wipe with TP. However, you need to dry your butt, and TP is the quickest way to get the job done.

If you have enough time to kill, you can let the air dry you off regardless of which type of bidet you use.

Or, you could also use the dryer in the electric bidet seat, but it still requires a few minutes to take away all the moisture.

Using a bidet towel can be as effective as TP; however, not everyone feels comfortable using it, and it is not convenient when using a public restroom.

Hence, you can replace the toilet paper when you have enough time sitting on the toilet. Otherwise, you will need some TP.

Bidet towel could be a good alternative to toilet paper

If you insist on replacing toilet paper entirely but can’t spend too much time on the toilet waiting for the dryer or air to dry you off, using a bidet towel could be a good workaround.

After washing you off, you can grab a clean bidet towel to dab you dry. However, it is important to keep it clean, and you have to wash it frequently. You should also allocate every family member towels with a different color to not mix it up.

You can check this post to know everything about bidet towels.

You can save a lot of toilet paper using a bidet, but many people still can’t replace it entirely.

This is due to the fact that you just don’t have that much time to airdry your butt. We are too busy in our daily life.

Even though you have an electric bidet seat with a built-in dryer, things are still not as easy as you expect. Many models don’t have an effective dryer, and you still require to wait for a few minutes to let it dry, which is a torture for some.

Or you can opt to use a bidet towel. It is a good option for the environment-conscious person, and as long as it is clean, it works.