Can You Install A Bidet in An Apartment?

Generally, there is no big difference between renting and owning an apartment. However, when it comes to modifying it, you have to put many limitations if you don’t own the property. For example, you may worry about if you can install a bidet in an apartment. 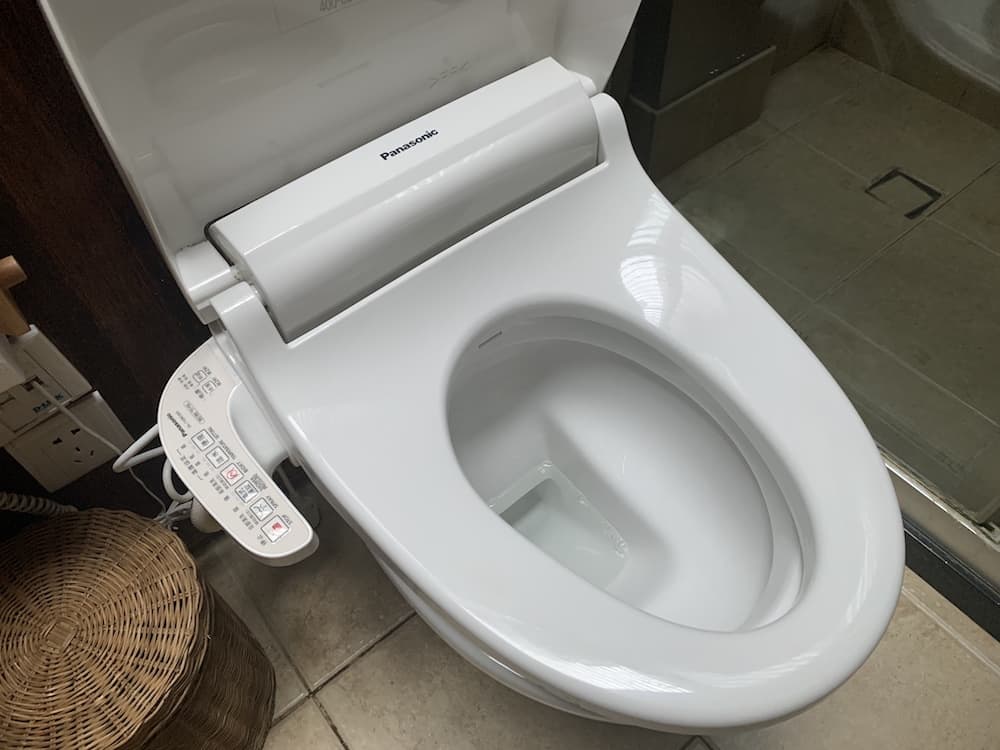 Most landlords will give you permission to install a bidet as long as all the changes are reversible. So what is essential for you is getting a bidet that is removable and would not modify the bathroom permanently.

Therefore, I try to help you find the suitable types of bidets that meet these criteria and teach you how to install a bidet that your apartment owner will allow.

Why can you install a bidet in an apartment?

Actually, I am a property owner myself. So I understand why most landlords don’t allow the renters to modify the house. Everyone has different tastes and preferences. If every renter changes a bit, these changes will add up, which will lead to the apartment becoming a mess.

However, if the change is reversible, it is another story. As long as you can return the house to its original setup, that’s fine. I still suggest you get permission from the property owner before installing any kinds of bidets. It is better to be safe than sorry.

Luckily, there are a few bidet models that will not cause any permanent change so that you can install them in your apartment. We will dive into these models below.

The good news is the majority of bidets in the marketplace are suitable for installing in an apartment, so getting an apartment-friendly bidet is easy peasy. I will explain why these types don’t need permanent modifications.

When it comes to the bidet, most people will refer to “bidet seats,” especially “electric bidet seats.”  These bidets are tagged with a higher price, but you will get you to pay for them. Composed of many electric parts, they often feature self-cleaning nozzles, deodorizers, air dryers, and heated seats.

They have different spray modes to take care of different parts of your nether region. For instance, some models have feminine wash options to clean your lady bits gently.

Non-electric bidet seats are not powered by electricity, so they don’t have those bells and whistles I mentioned above. However, as the installation process is almost the same, I also decided to put it here.

You don’t have to modify your bathroom while installing a bidet seat permanently. You will replace the original lid and seat and install a T-valve to divert water into the toilet and bidet through water hoses.

One thing worth mentioning is that bidet seats may not be compatible with some specific types of toilets, such as skirted toilets and one-piece toilets. You should read the product description and consult the seller.

Compared to electric bidet seats, attachments are much cheaper. If you are working on a budget, it could be a great choice. While attachments don’t come with many advanced features, they fit all types of toilets, meaning that you can move them to your new apartment without any extra problems.

You don’t need an outlet as it is not powered by electricity. Similar to installing a bidet seat, there is a T-connector for you to get water from plumbing for your bidet. You will take out the toilet seat lid combo, put the plate of attachment on the bolt holes and then put the seat lid combo back.

So the whole installing process would not cause any permanent alternation and when you want to return the house, just take out the bidet and T-valve and then reconnect the toileting pipes.

Nevertheless, if you want to install dual-temp attachments, another issue should be taken into account. You need to get hot water from the hot water under the sink.

You have to make sure there is a sink near the toilet, and the hose could go through it to the toilet. Sometimes, you may need to drill a hole in the cabinet, which your landlord may not allow. This also applies to non-electric bidet seats and bidet sprayers I will talk about next. So the safest way may be using a cold water attachment.

If you are looking for an apartment-friendly option that is both cheap and not intrusive, a handheld bidet sprayer is your best bet.

It looks just like a kitchen sprayer, and you could use it to clean the toilet, wash your hair as well. By using it, your toilet is intact. The installation process will only involve installing a T-valve to divert water to the sprayer.

You will get a holder to hold the sprayer when not in use. I suggest you get one with a hook to hook it on the toilet tank without damaging the bathroom wall.

A portable bidet is a great bidet alternative, or we could treat it as another type of bidet. No hose, no t-valve, you don’t need to install it at all. All you need to do is fill the water into the plastic container, and you are good to go.

If you only intend to stay in this apartment for a short time, a portable bidet is a small gadget that will enhance your toileting experience. Most portable bidets only cost less than $15, and the small size allows them to be stored in your suitcase.

Bidets you can’t install in apartments

Until now, you may already have found that you can install most types of bidets in your apartment. However, two types would not be allowed to install in the apartment in most cases.

Even though we don’t often see it in the US, it is pretty popular in some European countries. Before modern bidets come out, it has existed for hundreds of years.

It is often next to the toilet and looks like another lower than average sink, and the water will come from the faucet on the end. It is an entirely separate bathroom fixture, meaning that installing it will cause permanent modification to the bathroom, and you will need to hire a plumber.

When you decide to return the house, you can’t carry it or return it to its original setup. Hence, unless your landlord happens to want to install a standalone bidet like you, you can’t do it.

I understand why you want to install a bidet toilet combo in your apartment because it could offer the best experience you can get from a bidet. You can also call it a smart toilet.

Sometimes, we feel that the regular bidet seat is a bit bulky or intrusive because it can’t blend seamlessly with your original toilet somewhat. Since the bidet toilet combo is a whole, you will not face this problem.

Aside from that, it embraces all the advanced functions. Auto open and close lid, night light, powerful dryer, an array of spray modes, you can get all of these in a smart toilet.

To install a bidet toilet combo, you will need to remove the original toilet, which would not be OK for most property owners.

In addition, these models are really pricey, and it is hard for you to take away when you want to relocate.

How to install a bidet in an apartment?

Once you get an apartment-friendly bidet, you can start to install it. As you have to put everything back at the end, I highly recommend you take pictures of how everything looks right now, especially the parts you will modify later.

You will need an adjustable wrench to tighten and loosen the connections, a flathead screwdriver to loosen and tight the bolts on the seat, and some towels to clean the water coming out from the hoses or toilet tank.

If there is no outlet nearby, you will next prepare an extension cord.

Step 3: Turn off the shutoff valve and empty the tank

You don’t want to make your bathroom a mess, so you have to turn off the shutoff valve to prevent any water get in from the house’s water supply.

Then you will need to flush the toilet a few times to empty it because you will have to remove the hose connected to the tank.

After removing the toilet hose, you will attach the T-valve to the fill valve on the tank tightly. Then you will connect the T-valve with your home’s water supply. The other end of the T-valve will be connected to the bidet. If you have a handheld bidet, you are done the job now.

Whether you have a bidet seat or an attachment, you will need to remove the seat and lid together.

Use the screwdriver to remove the bolts and use the towel to wrap the original parts up.

Step 6: Install the bidet on the toilet

Can you install a bidet in an apartment? Yes, you can! Most bidet seats, handheld bidets, and bidet attachments can be easily installed without causing any permanent modifications. You could put everything back when relocating. A travel portable bidet could be a more straightforward solution if you plan to stay there shortly.